The awards for the 2017 season were announced over the course of this past week. Another excellent group of players were recognized and have some (more) hardware for their trophy cases. These awards are voted on by members of the Baseball Writers Association of America (BBWAA). The Internet Baseball Writers Association of America (IBWAA), of which I am a member, carries out a parallel voting procedure. There are some differences between the two groups in the process, but it is fairly similar and although the IBWAA voting has no influence on the eventual winners of the awards, comparing the official BBWAA results with the IBWAA results can provide points for discussion.

For the 2017 season, the IBWAA winners were as follows:

These selections almost perfectly match the BBWAA selections*. The lone discrepancy being American League Manager of the Year, which the BBWAA gave to Paul Molitor of the Minnesota Twins. As I have said before, the Manager of the Year vote is pretty silly. We don’t really know the impact a manager has on a team. I mean just in the last month or so three playoff teams (Boston, New York, Washington) fired their managers. It would seem as though those guys weren’t doing a terrible job. But who knows. In any case, the Manager of the Year award typically goes to the manager of the team that most surprised us. If a team is expected to do poorly but then does well (e.g., the Minnesota Twins and Arizona Diamondbacks this year), that team’s manager is a damn good bet to get the award.

I think at least some of the impetus for creating the IBWAA was to give a bunch of smart, up-and-coming, analytically-versed writers a chance to provide a counterpoint to the cronyism and old-school-driven thinking that long existed in the BBWAA. But now a lot of those smart, analytically-versed writers are in the BBWAA, so it is perhaps not all that surprising that awards voting has been consistent between the two groups over the last couple of years. We shall see how it turns out next year.

Here is how I voted: 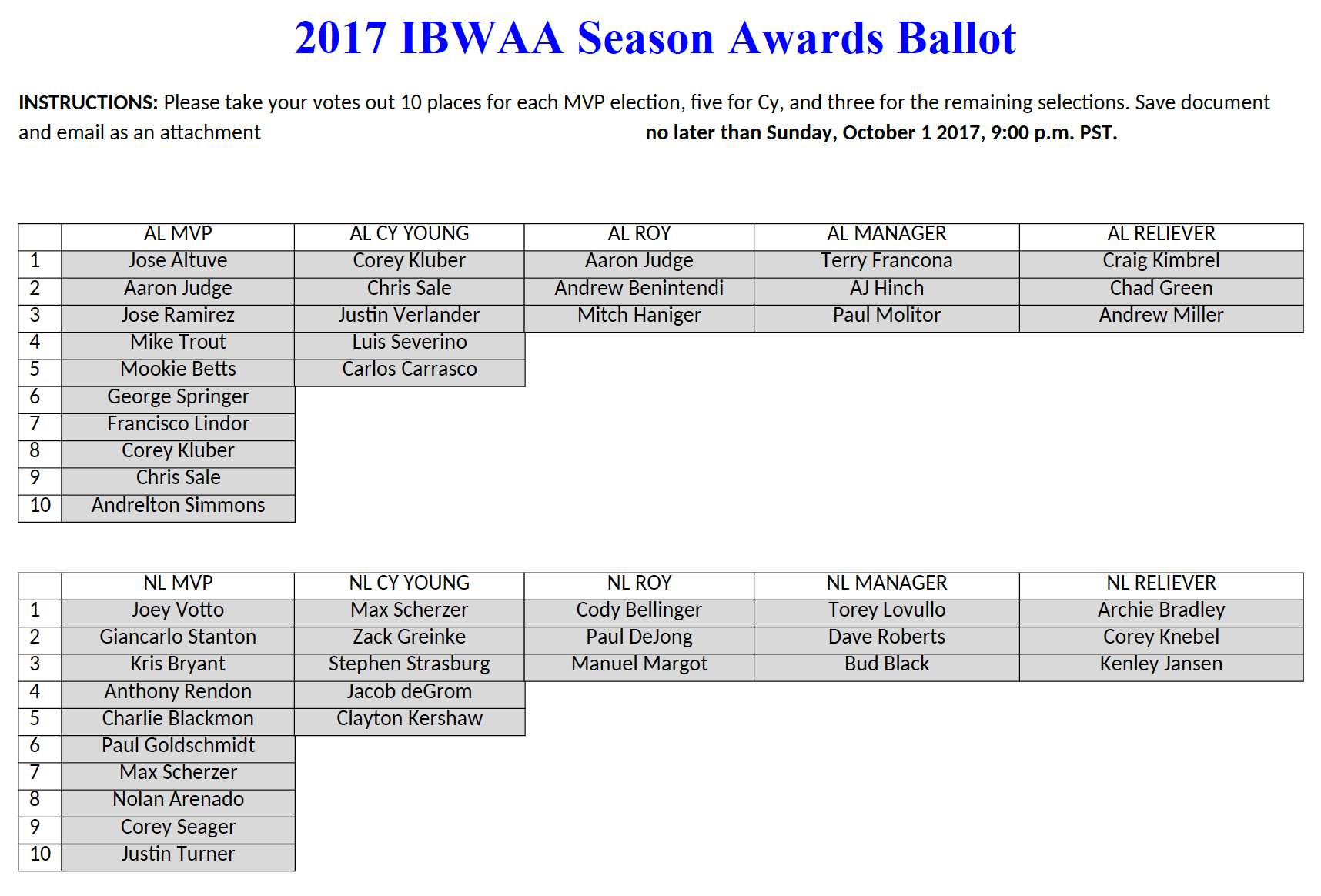 Feel free to let me know what you think in the comments below.

* : the BBWAA does not vote on a relief pitcher award.