The 2018 World Chess Championship will go to tie breaks, as Magnus Carlsen and Fabiano Caruana drew the last four games of their match, leaving the score even at 6.0 - 6.0. As in the first eight games, each player had chances but could not convert their advantage into a victory. Here are the games: 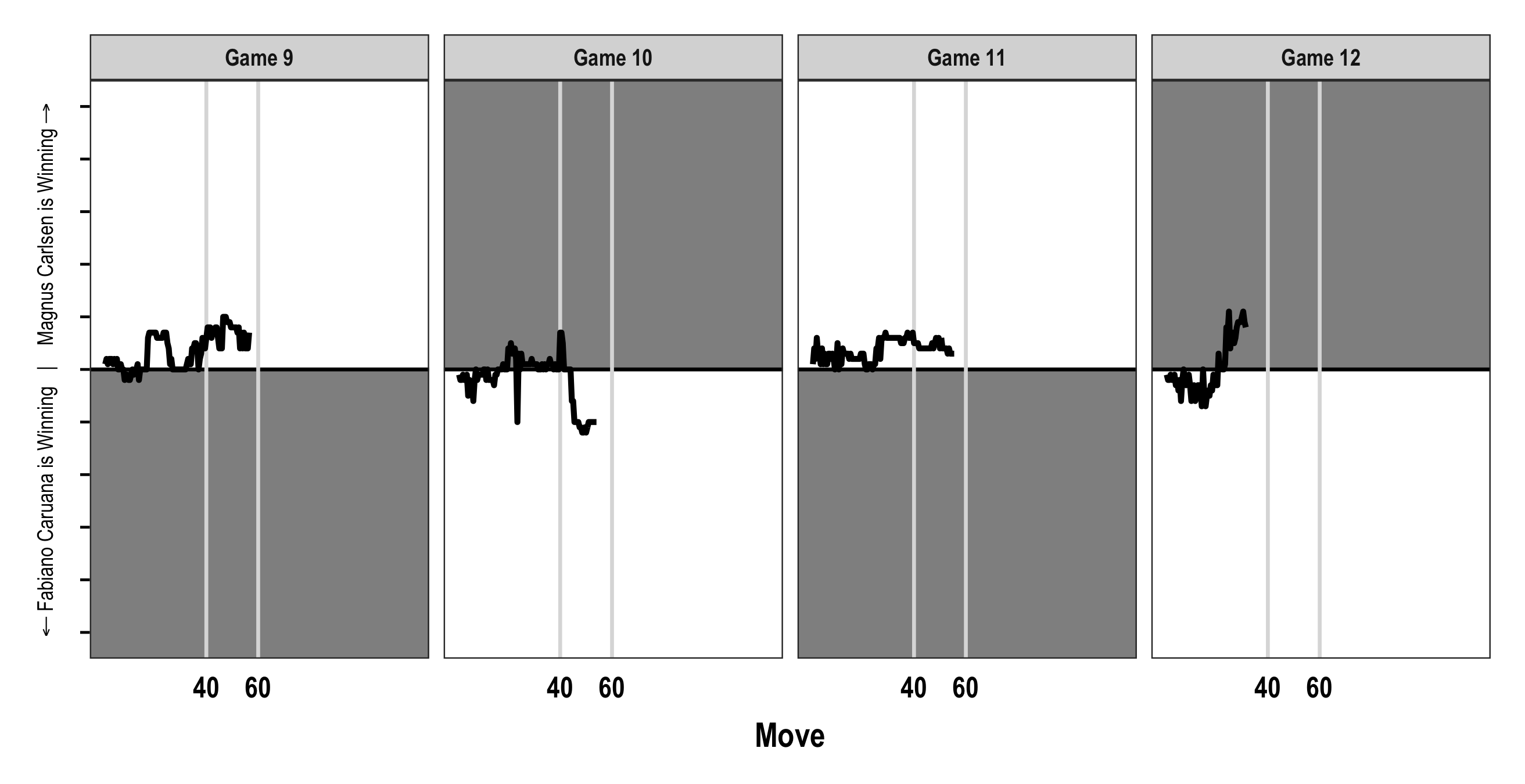 Game 12 was really striking. In this winner-take-all game it appeared as though Carlsen had a clear advantage on the board (-1.0 on move 30 according to the analysis tool at Lichess.org and Caruana was under time pressure – he had around eight minutes left to make his next nine moves and get to the 40-minute time control. But Carlsen offered a draw after move 31, opting to battle-it-out in the speed chess tie breaks.

Carlsen is the world No. 1 at both of the faster games that will make up the tie break, so it makes sense that he is comfortable getting to that stage, but why not push things a bit further in Game 12? If he thinks he can beat Caruana when the game moves faster, why not try and do it right then and there when Caruana had to, you know, move fast? What’s more is that after Game 9, when Carlsen had perhaps pushed the game further than it needed to go (given how clear the draw was), Carlsen got rather snarky with a journalist who asked him why he kept playing on. As you can see in the linked video, Carlsen says:

When did I understand it was a draw? I understood it immediately. That doesn't mean you shouldn't play. I am trying to entice him to play h5, and if he does play h5 then I at least have a target ... There is really no harm in trying. I really don't understand the point.

Why did this mentality change in Game 12?

Carlsen’s utter disdain for the questions he is asked in these press conferences is often quite funny, but he also frequently comes off as a total ass.

In any case, here’s hoping that Caruana handles the faster chess better than anyone expects and makes Carlsen really feel it for so quickly offering the draw in Game 12. Unfortunately I won’t be able to watch, which is frustrating. But I will check out the games later on in the day.