Red Sox reliever Joe Kelly is a hero in Boston these days because he did a dumb thing. Don’t get me wrong, he deserves recognition, just not because he threw at a Yankee, beckoned him to a fight, and got suspended. Rather, he deserves recognition because he has been pitching very well (15.2 IP, 2.30 RA9, 2.14 FIP, 28.8 K%). One of the biggest changes for him in the early going from last year is that he has increased his strikeout rate; it is up 7 percentage points from 2017. Coincidentally, around this time last year I wrote about Kelly’s ability to get two-strikes but not the third. For some reason, he was having trouble finishing batters last year. Here is the key figure from that work (Kelly is shown in red): 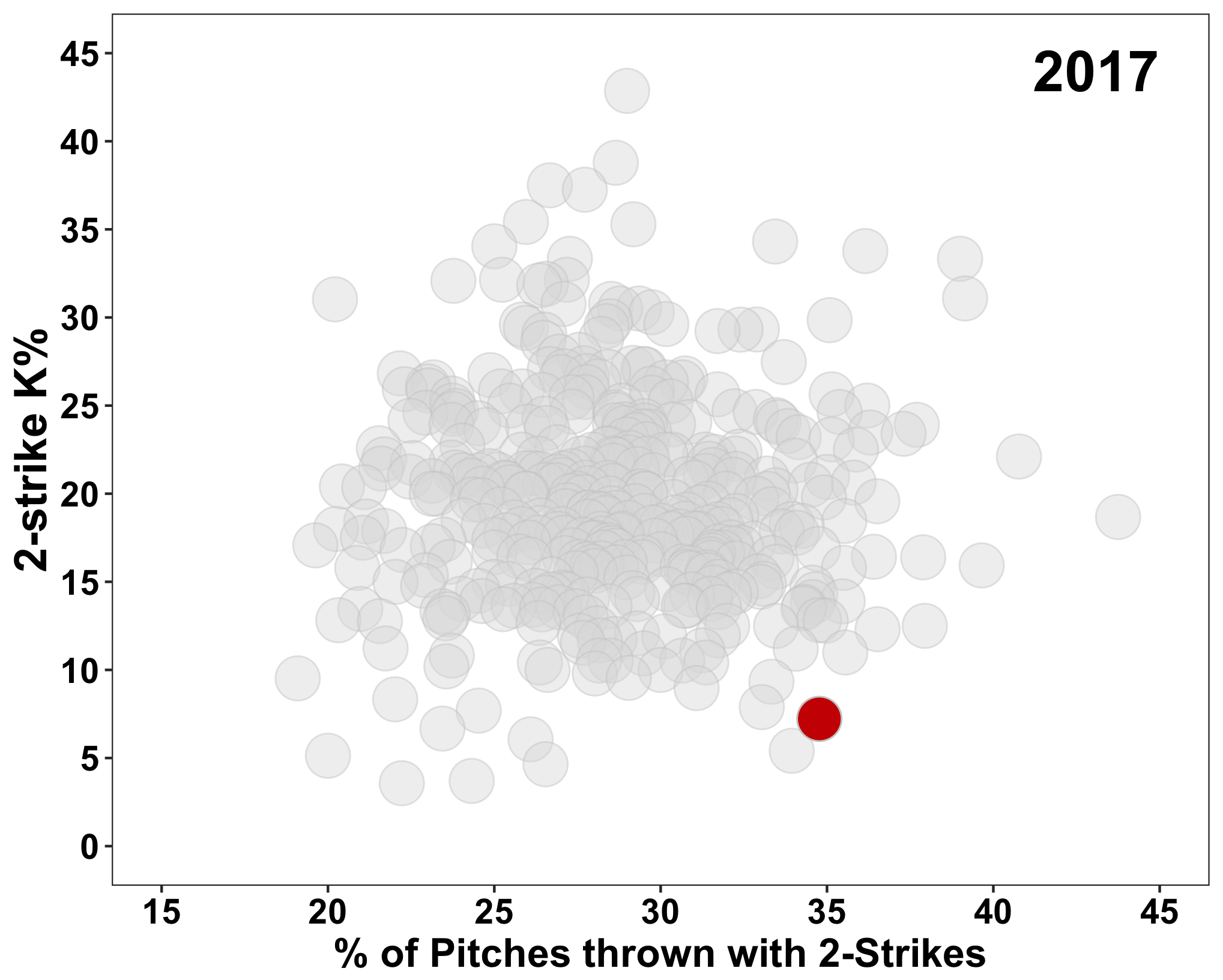 Things are different this year (data are for pitchers who have thrown at least 100 pitches, through last Sunday’s games):

You can see that the red dot really moves from being something of an outlier in 2017, to being in the middle of the mess this year. Kelly is getting to two-strike counts less often this year (-5.36 percentage points) but once there he is converting the plate appearances into strikeouts much more often (+15.64 percentage points). This week, my old editor at BP Boston, Brett Cowett, wrote about how changes in Kelly’s pitch selection might account for the improvement in his performance. It is worth a read.

Hopefully, for the rest of the season, Kelly keeps himself on the field and sending opposing batters back to their dugout.