The awards for the 2018 season were announced over the course of last week. The awards are voted on by members of the Baseball Writers Association of America (BBWAA). The Internet Baseball Writers Association of America (IBWAA), of which I am still a member despite my spotty writing history over the last year, conducts a parallel vote. Comparing the official BBWAA results with the IBWAA results can provide points for discussion, although that has been less and less the case over the last few years.

The 2018 IBWAA winners are as follows:

These selections are identical to the official BBWAA selections, with the exception of the Relief Pitcher Award because the BBWAA does not vote on it. So much for these IBWAA awards serving as a discussion point. As I said last year in my review of the 2017 awards :

...some of the impetus for creating the IBWAA was to give a bunch of smart, up-and-coming, analytically-versed writers a chance to provide a counterpoint to the cronyism and old-school-driven thinking that long existed in the BBWAA. But now a lot of those smart, analytically-versed writers are *in* the BBWAA, so it is perhaps not all that surprising that awards voting has been consistent between the two groups over the last couple of years.

The electorate of these two groups is more and more the same, and even where it is not, the way of thinking about how players contribute value has converged. We shall see if the similarity in results continues next year.

Here is my ballot: 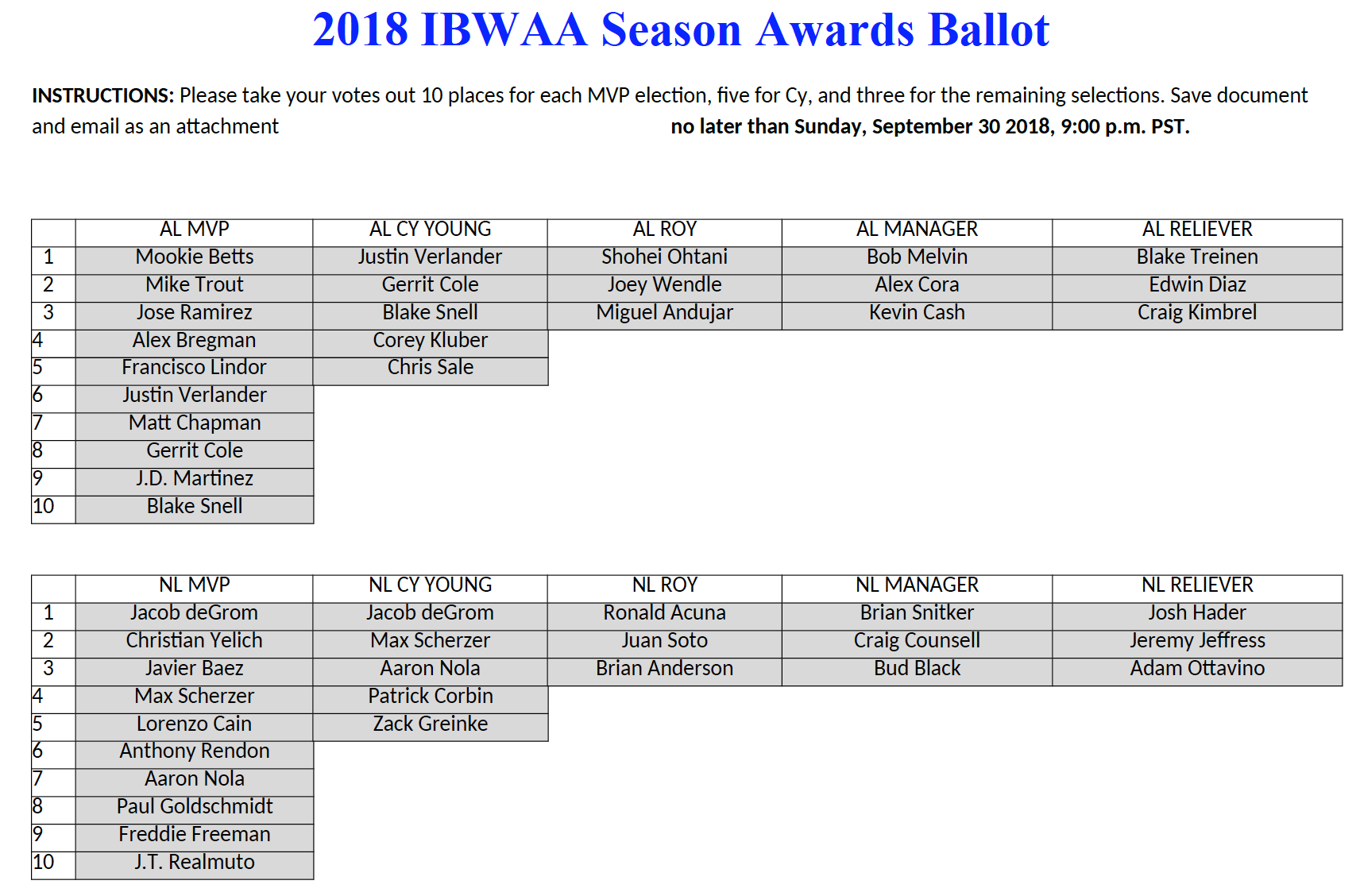 Feel free to let me know what you think in the comments below.